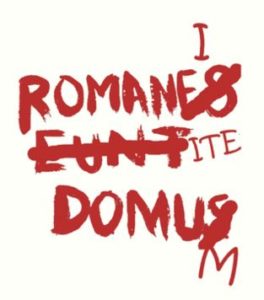 Growing up there were two types of kids: kids who went to other peoples’ houses to play, and kids who had everyone else over. I was firmly entrenched in the former category. The home that our group hung out at belonged to a pair of brothers.

The older brother, Red, was in college. He had *gasp* a personal computer and a room walled in paperback books. Geek chic long before geek was… you get the picture. The younger brother Mike and I were on the Math Team together. Just geek. No chic.

On any given weekend, Tim, Ben and I could be found in their den or living room. One of the activities we engaged in had nothing to do with dice or hexagons or counters or gaming of any sort. It had rather a lot to do with Monty Python.

But Monty Python is a British Comedy troupe, you protest. What on earth do they have to do with writing? Rather a lot, it seems. Five of the six were originally television writers–Terry Gilliam was the lone animator/illustrator. Over the years they have given us some wonderful memes…

She: I’ve got Thomas Hardy in the bedroom. I’d like you to look at him.
Inspector: Ah well, I can’t touch him. He’s a novelist.
She: Oh, he keeps mumbling all night.
Inspector: Oh well, novelists do, you see.

…and a decent body of work on literature. The one that piqued our interest was a short sketch from their 1973 album “Matching Tie and Handkerchief”. In the skit, a crowd gathers to watch Thomas Hardy begin his latest novel, The Return of the Native, while an announcer provides a running commentary. Yeah. Well, it was something back then. Something enough to inspire our own session of novel writing.

We grabbed an egg timer, writing utensils and paper and formed a rough circle. The timer was started and we furiously began our works of fantastic fiction. Five minutes later the ding of the timer signaled “Pens and pencils down!” and we each passed what we had written to the left. Once everyone had read what they were given, we started the time again and continued the story set before us. The cycle continued until your original story made it back to you. Then the reading began. Out loud, of course.

Our own little vicious circle. There were only two rules. You have to write something, and you can’t write “…and then they woke up.” I had no idea then how important language and writing would become to me. I just knew we were having fun.

That fun also taught me to appreciate the different styles of others and their ability to see what I would not. It taught me that having my baby spray-painted by others was a good thing. Hard lessons to learn, even among, especially among friends.

So thank you British Comedy. Thank you, parents who provide safe and structured hangouts for their children’s friends. And especially thank you, not so vicious circle, for everything. I think of you every time I put pen to paper.

Twice on Saturdays in November.

Skip back to main navigation

Mags is patient zero. Her contagious laugh carries across the largest, most crowded room. Her smile has been classified by the World Health Organization as a Category B Infectious Biological with an R0 value of 17. Not sure where she…
END_OF_DOCUMENT_TOKEN_TO_BE_REPLACED
09 Nov

I was sitting in the waiting room of my health care provider the other day watching a mother read “Things that Go!” to her young child. Seven times. And the laughter in both of their voices. Seven times. The excitement…
END_OF_DOCUMENT_TOKEN_TO_BE_REPLACED
19 Oct

Sometimes Hollywood gets it wrong. Sometimes rather a lot really. Sometimes we do, too. Get things wrong. Growing up, I really really really wanted to be an astronaut. I knew the history of the space program, the good and the…
END_OF_DOCUMENT_TOKEN_TO_BE_REPLACED
16 Aug

Remake, Reboot, or Rest in Peace? Dragonriders of Pern Game

For over thirty years, master storyteller Anne McCaffrey entertained us with her epic science fantasy series the Dragonriders of Pern. The settings intrigued us, the characters grabbed us, and the stories–oh the stories. Two trilogies initially, two short story collections…
END_OF_DOCUMENT_TOKEN_TO_BE_REPLACED
06 Jun

“We all know synthespians are coming. Very soon we will reach a point when we switch on a television or a computer, see an actor or newscaster, and not know if they are flesh and blood and what’s more… not…
END_OF_DOCUMENT_TOKEN_TO_BE_REPLACED
15 Apr

“Something Is Broken in Our Science Fiction. Why can’t we move past cyberpunk?” That’s the title of a Lee Konstantinou Future Tense article Slate ran in January. The entire article is worth a read. But for me the precious metal…
END_OF_DOCUMENT_TOKEN_TO_BE_REPLACED
23 Mar

Life, for all of us, changed for the better two years ago when we added Bacchus to the pack. Moose wasn’t alone anymore and he loved the attention from Bacchus. But puppies are high energy, and Moose, now fifteen, isn’t.…
END_OF_DOCUMENT_TOKEN_TO_BE_REPLACED
02 Mar

What’s better than having a superhero hail from your hometown? Having the coolest man alive hail from there. Ah yup. Well, a character he plays, at least. Thank you Marvel for the shout-out. The good people of Huntsville, Alabama, home…
END_OF_DOCUMENT_TOKEN_TO_BE_REPLACED
09 Feb

The Drake – Heading Out We are late leaving Ushuaia. A storm is passing through and the Port is closed because of high winds. That translates into 15-20′ swells in The Drake and headwinds gusting to 90km/h on Day One.…
END_OF_DOCUMENT_TOKEN_TO_BE_REPLACED
26 Jan

Our Antarctic adventure begins on 6 December with our arrival in Buenos Aires, Argentina. We’ll cover that and Ushuaia next post. We chose Silversea & Silver Explorer voyage 7824. The Silver Explorer boards 123 passengers and 119 crew. There are…
END_OF_DOCUMENT_TOKEN_TO_BE_REPLACED
03 Dec

I’m a big history buff in general–but not so much when it comes to treaties. If I was, I’d be a huge fan of one of the most successful treaties in the history of mankind. A living and active treaty…
END_OF_DOCUMENT_TOKEN_TO_BE_REPLACED
26 Nov

Quoth the Raven, Ever Noir

“The most American film genre, because no society could have created a world so filled with doom, fate, fear and betrayal, unless it were essentially naive and optimistic.” Those are the words of the late Roger Ebert, critic, historian, journalist,…
END_OF_DOCUMENT_TOKEN_TO_BE_REPLACED
10 Nov

Dollhouse was called “The best action show on network television” It was. They said “The Actives are all young hot women.” They weren’t. Fans complained “Fox is marketing this thing like it is Cathouse.” Fox was. Picture the ‘Eliza Dushku…
END_OF_DOCUMENT_TOKEN_TO_BE_REPLACED
25 Oct

What’s All This, Then?

No, this isn’t a travel blog and I’m not a travel writer. I know, two posts in a row mostly kinda sorta more or less no more mkay more than a little focused on travel. One was supposed to be…
END_OF_DOCUMENT_TOKEN_TO_BE_REPLACED
21 Oct

Lucerne was just another in the long list of places that Samuel Clemens beat me to. No matter. Read his comments in A Tramp Abroad, and the recommendations of PlanetWare for sights to see. Mr. Clemens surprisingly fails to mention…
END_OF_DOCUMENT_TOKEN_TO_BE_REPLACED
24 Sep

Samuel Clemens was not perfect. But he embodied many of my writerly goals and ideals. He was the arch to my amateur; the consumate to my clumsy, the major to my… you get the drift. He traveled, observed, recorded. His…
END_OF_DOCUMENT_TOKEN_TO_BE_REPLACED
10 Sep

To my love, my life, best friend, wife. Muse of muses, editor, conspirator, audience and focus group. Beta reader, critic, devotee, advocate, antagonist. Comfort, mainstay. Compass. Because of you, of us, future me doesn’t hate me. Love you, babe.
END_OF_DOCUMENT_TOKEN_TO_BE_REPLACED
27 Aug

…As bad publicity. In 1946, Kirkus Reviews described Halldor Laxness’s Independent People as “A sprawling, unselective, overlong… A bleak and bitter book, with little to interest or attract the American reader.” In 1955 Laxness took home the Nobel Prize in…
END_OF_DOCUMENT_TOKEN_TO_BE_REPLACED
07 Jul

What’s a seven-letter synonym for ‘Awesome’? Mitch Resnick and MIT’s Scratch. 37 million projects can’t be wrong. Yeah. You read that right. That’s Thirty-seven and six trailing zeros before the decimal. So yeah, awesome. Scratching your head? You can learn…
END_OF_DOCUMENT_TOKEN_TO_BE_REPLACED
27 May

This started as research for a class on Hidden Biases. Disappointingly, there was a lot of suitable background material. Most emotionally accessible to me was the 2017 breakout of the top 100 academic and technical high school students in STEM…
END_OF_DOCUMENT_TOKEN_TO_BE_REPLACED
21 Apr

Growing up there were two types of kids: kids who went to other peoples’ houses to play, and kids who had everyone else over. I was firmly entrenched in the former category. The home that our group hung out at…
16 Mar

Remake, Reboot, or Rest in Peace? Kolchak: The Night Stalker

Fans of The X-Files, of Fringe owe some of our enjoyment to the trail of conspiracy crept in the 70’s by the Night Stalker. Rotten Tomatoes gives Kolchak: The Night Stalker a solid 86%, and 97% of the often overgenerous…
END_OF_DOCUMENT_TOKEN_TO_BE_REPLACED
24 Feb

Artificial Intelligence, AI, isn’t going away. It also hasn’t conquered us. Yet. It has provided a looking glass of our own flaws and prejudices and biases. In 2016, Microsoft’s chatbot Tay spent a day chatting with people. The dewy-eyed innocent…
END_OF_DOCUMENT_TOKEN_TO_BE_REPLACED
12 Jan

Haiku piqued my interest on several levels. My muse loves the imagery and the syntax. The linguist in me has an intense love-hate relationship with the myriad translations. The form had a rather humble start. Japanese poets would engage in…
END_OF_DOCUMENT_TOKEN_TO_BE_REPLACED
19 Nov

Looper is jet bike ride into a dystopian not so distant future. Time travel is used by a future syndicate to send their problem children back in time to be eradicated by hit men known as Loopers. Joseph Gordon-Levitt is…
END_OF_DOCUMENT_TOKEN_TO_BE_REPLACED
28 Oct

Man has looked out to space in wonder For thousands of years. Sometimes thinking that life could be somewhere And now — now it’s here! Green Slime!!! One of the best worst movies ever. Kind of sacred ground, if you…
END_OF_DOCUMENT_TOKEN_TO_BE_REPLACED
17 Sep

Write it well. That’s probably the single greatest admonition that I, as a writer, can take to heart. Write it well. I can research. Read. Interview. Have empathy. But can I ever truly write well about an experience I have…
END_OF_DOCUMENT_TOKEN_TO_BE_REPLACED